To all:
The Skokie Police Department Honor Guard has been invited to present the colors for the National Anthem at a Chicago Dogs game on Friday, August 5th, 2022.  Game time is 7pm.
I am looking to see if there is enough interest to make it worth reserving a private party deck space.
The deck space would include a two-hour buffet which includes hot dogs, hamburgers, coleslaw, potato salad, chips, cookies, soda and water.  Cost is $40 per person.  Children 2 yoa and under are free.
Alcohol is not part of the package.  There are several bars near the party deck to get those drinks.
If you would be interested in the deck space, let me know so that I can see if it's worth doing.
Any questions, let me know.
Thanks,
Damon 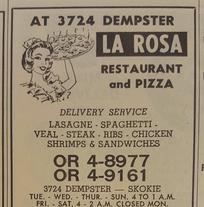 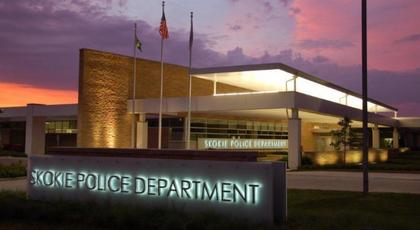 July 19th lunch group, if you're not in the picture we hope to see you soon! 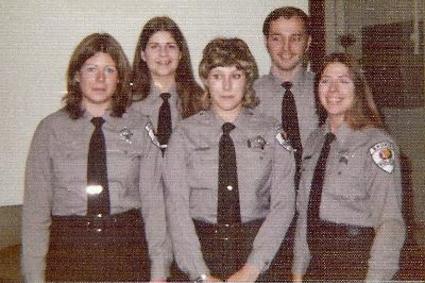 An invitation is extended to all of our retirees who are in the area, to please stop in at the Station and say hello. You have never been forgotten and your names have been engraved on a plaque which stands in the main hallway of the police station.Your names and stories (many exaggerated) still echo in our hallways. 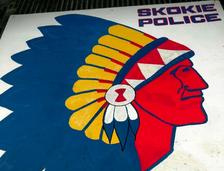 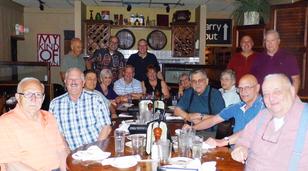 This was built on the east bank of the canal between Howard and Touhy.  Started in late '60's..

This was built on the east bank of the canal between Howard and Touhy.  Started in late '60's. 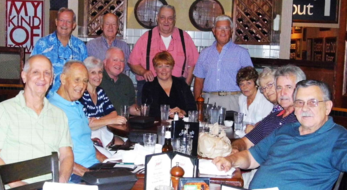 Skokie FOP Members and Skokie Retirees,
Below is a template letter opposing parole for Jeremy Lloyd, one of the two offenders in the 2006 death of Metra Police Officer Thomas Cook.
Please take a few moments and sign and mail the letter to Jill Thorton with the Cook County State's Attorneys Office.
Thanks,
Damon 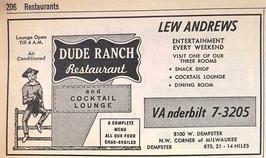 Re: No executive clemency for Jeremy Lloyd

I respectfully ask that you deny executive clemency to inmate Jeremy Lloyd.  In September of 2006 Jeremy Lloyd ruthlessly murdered Metra Officer Thomas Cook. Officer Cook was simply doing his job when Jemetric Nicholson and Jeremy Lloyd approached his squad car and executed him; Lloyd distracted him while Nicholson fired two rounds into the back of Officer Cook’s head. They then rifled through Officer Cook’s squad car and stole his duty weapon. Officer Thomas Cook was a former Riverdale police officer, who left behind a wife and two children.

As a member of the Illinois Fraternal Order of Police, an organization that represents over 34,500 law enforcement professionals across the State of Illinois and in the interest of public safety for the citizens of the State of Illinois, I respectfully ask that you deny Jeremy Lloyd’s request for executive clemency. Justice demands that Lloyd be made to spend every remaining day of his FULL SENTENCE in prison.
Sincerely, 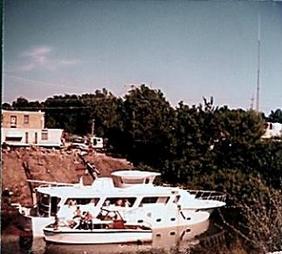 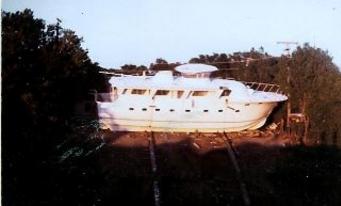 To all:
There was not enough interest to do a private party deck space.  As such, we are going to put together a purchase for a block of infield box tickets.
Cost per ticket is $16.00
Payment can be made via cash, check payable to FOP Lodge 68 or Venmo (@Skokiefop).  If paying via venmo, please note that it's for the Dogs game and for how many tickets.
Deadline is July 15th.
Any questions, let me know.
Damon
here. 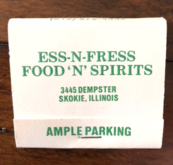 To our fair weather friends...neither rain or storm or sleet or hail will keep us away;) 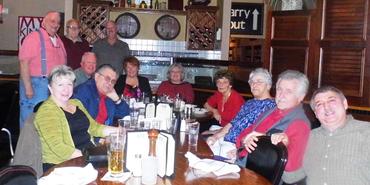 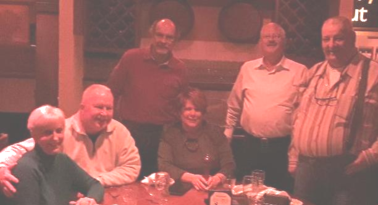 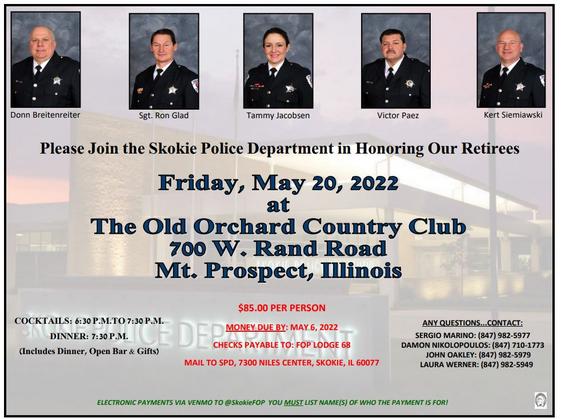 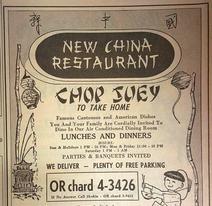 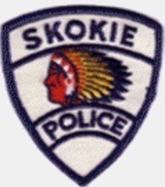 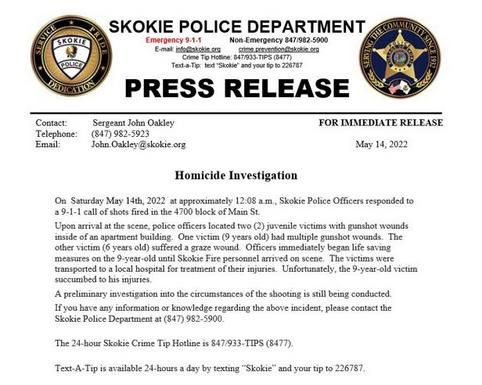 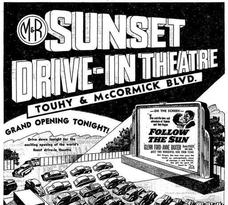 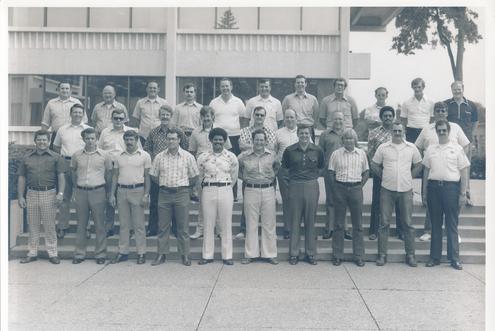 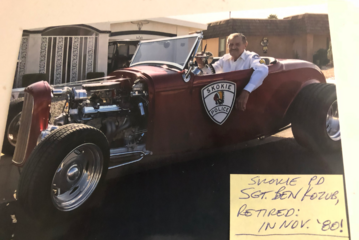 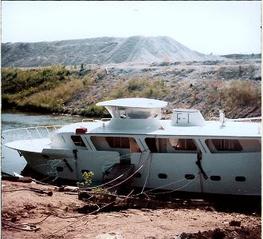 Looking forward to seeing you at Johnny's!!

Mark your calendars and circle the 2022 dates!!

Keep your calendars open for the third Wednesday of the coming months in 2022!

Laura Werner - Clerk for Pension Board 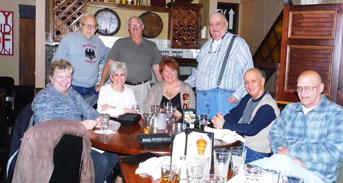 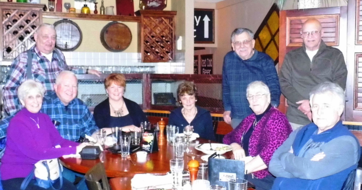 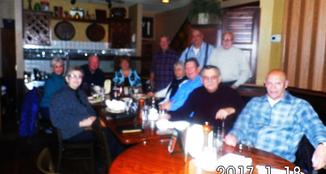 Sending good thoughts, prayers and speedy recovery wishes to Stan Schultz. Stan recently has gone through spinal surgery and rehab and will be moving into a senior apartment in Normal, Il near his daughters. We will post updates when available!

To all:
Below is the latest at the Skokie Police Department.
-Congratulations to Officer Jeff Riggs who was promoted to Sergeant at the beginning of the year.  He is currently assigned to Watch I.
-The Department hired three new Police Officers, Officer Borys Vargas, Officer Willie Akerson and Officer Ray Duncker, all lateral transfers from the Chicago Police Department.
-Even with the hires above, we are still 10 Officers short.  Looks like the Department will be sending three to the March police academy and trying to hire a couple more off the new list of lateral applicants.
-The Union and the Village started up contract talks in early January.  After half a dozen meetings, lawyers are being brought in to further the talks.
-The following Officers will be honored at the 2022 Retirement Party.  Officer Kert Siemiawski, Sergeant Ron Glad, Officer Victor Paez, Officer Mario Valenti, Officer Donn Breitenreiter and Officer Tammy Jacobsen.  The date for the party will be Friday May 20th at the Old Orchard Country Club in Mount Prospect.  The flyer for the party is attached to this email.
-Details are still being worked out for the 2022 Leos Outing.  The date is still TBD.  I will pass it along once I find out.
-I also want to extend condolences to the family of retired Dispatch Supervisor Mike Clark who passed away recently.  I personally worked with Mike when I was hired as a Dispatcher in 2004.  Still remember the sarcasm and smile!!
That's pretty much it for now.  Next update will be in June.
Any questions, comments, concerns or suggestions, let me know.  Or if you have the winning lottery numbers, let me know too......
Damon